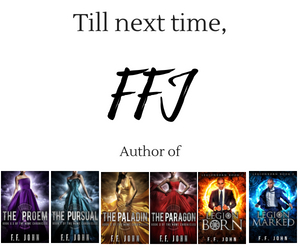 When author and writing guru (can I call her that) Becca Puglisi makes a recommendation, I daresay it’s a good idea to consider it. And that’s how I ended up at Sara LeTourneau’s website and Archetypes.com learning about character archetypes.

END_OF_DOCUMENT_TOKEN_TO_BE_REPLACED

I continue to share little snippets of the characters in my current Series in Progress, The Nome Chronicles Trilogy.

Landen Sohr is a badass soldier who is part of Nome Reffour.  She is the head of security for the family and shadows Titan Reffour wherever he goes.

I envision her as an Asian lady who towers over everyone in height. She’s a blond baldy, with a square jaw and black eyes.

When I dug through the Google machine, I found loads of ladies who came close to my idea of Landen Sohr but none of them actually fit the bill.

Until I found a picture of Micah Gianelli. END_OF_DOCUMENT_TOKEN_TO_BE_REPLACED