Here’s wishing you nothing but success in the new year!

Okay, this write-up is going to be brutally honest. The reason? I’m watching scripted programming in an effort to become a better storyteller.

As I’m currently working on a YA space opera, I’ve been binging on science fiction programming and books. As for programming, I’ve enjoyed Origin from Youtube Originals and you can read my thoughts here. Then there was Altered Carbon from Netflix. For books, I’ve read Empress of Thousand Skies, The Belles, and also Across The Universe.

As I’ve been watching Nightflyers (and believe me, I’ve watched and rewatched episodes) I’ve stumbled upon some lessons that I plan to keep in mind as I create stories for consumers. And to me, there is one main issue that I have with the series.

It seems to me that the writers/producers crafted a tale to hit certain metrics/expectations but never bothered to delve into the heart and soul of their story. Let me explain further, the story has these ‘moments’ that are supposed to either grab attention but they don’t truly add to the story. For instance, the show starts off with a lesbian plot line which seemed more for shock value than anything deep and worthwhile. Then, there’s the creepy domineering mother who created a dysfunctional relationship with her son. That trope is done twice in the series. First with (SPOILER ALERT) Cynthia and Roy Eris then with Thale (the psychic L1) and his therapist who by the way he dreams/has a vision of having sex with her. (Now this part was really unsettling for no good reason).

Remember I mentioned the Youtube show, Origin? Well that was some top-notch science fiction. It was a creeptastic scifi origin/alien introduction show. And it told a solid story while incorporating a wide cast of characters who were introduced to us so we had a good sense of who they were and what made them tick (all but one character, however).

Not so in Nightflyers which was a cheap attempt to scare viewers and it failed over after over again. The sets and wardrobe also looked cheap! Also, there were times when I was forced to rewind and replay dialogue in order to understand what was going on. I assure you that I am a mature enough consumer of programming whereby I should be able to make certain mental leaps in a story even where there are plot holes. Unfortunately I was mostly left lost by the episodes and rewatched them in a twisted effort to respect the legendary George R. R. Martin. I also wanted to support scifi programming which is all too rare nowadays.

I will say I liked the theme song and opening sequence. I have a thing for opening sequences. And by episode 8, there were a few plot twists that looked promising! Nevertheless, there was an overall lack of fluidity to the storytelling that was oftentimes jarring and served as a drawback.

And I was left with so many questions. Who is the Bee Lady? Where did she come from? What is her backstory?

I could go on and on with my list of complaints but I will mention that for whatever this show may have lacked, I tuned in to watch the next episode with dedication. I’m not sure if I’m just a sucker for scifi. And in conclusion, I’ll summarize that Nightflyers started off as a haunted ship scifi thriller that lost sight of what it was. It was chock-full of flawed characters – none I could root for. As I’ve written books that suffered from such malaise the one thing I would suggest as a possible cure for Nightflyers is that the writers/producers should have kept the main premise of this story at the heart of the series, returning to it often instead of seeking cheap thrills to hold the viewers attention.

That’s a lesson I plan to never forget and a mistake I hope to not repeat.

Today’s freebies are brought to you by author Alison Ingleby and her amazing The Wall Series. Check out –

Aleesha is an Outsider. If the government find her they’ll kill her. She’s learned to survive by being smart, manipulative, and trusting no one. She dreams of a life Inside, with the father she’s never known.

Trey is an Insider. On the run, he seeks sanctuary outside the Wall. But the world of the Outsiders is more desperate than he could have imagined. His only way out is to find out why he is being hunted.

Thrown together, Aleesha and Trey each make their own bargains to stay alive and discover the truth about their pasts. Tasked with an impossible mission, they must learn to work together if they hope to escape alive.

Get it for FREE! Read this then delve into the rest of the series!

Now, take a look at the books below!

END_OF_DOCUMENT_TOKEN_TO_BE_REPLACED 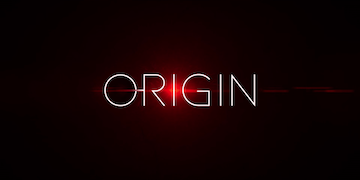 Look, I’m a bonafide geek. I’ll admit it. Specifically, I’m a sci fi geek. I just can’t help it. Give me a show with some solid science fiction themes and I’ll change my entire schedule to indulge.

With that in mind, I ended up binge watching on Origin from Youtube Premium all day on Saturday. And it was sooooooo good! 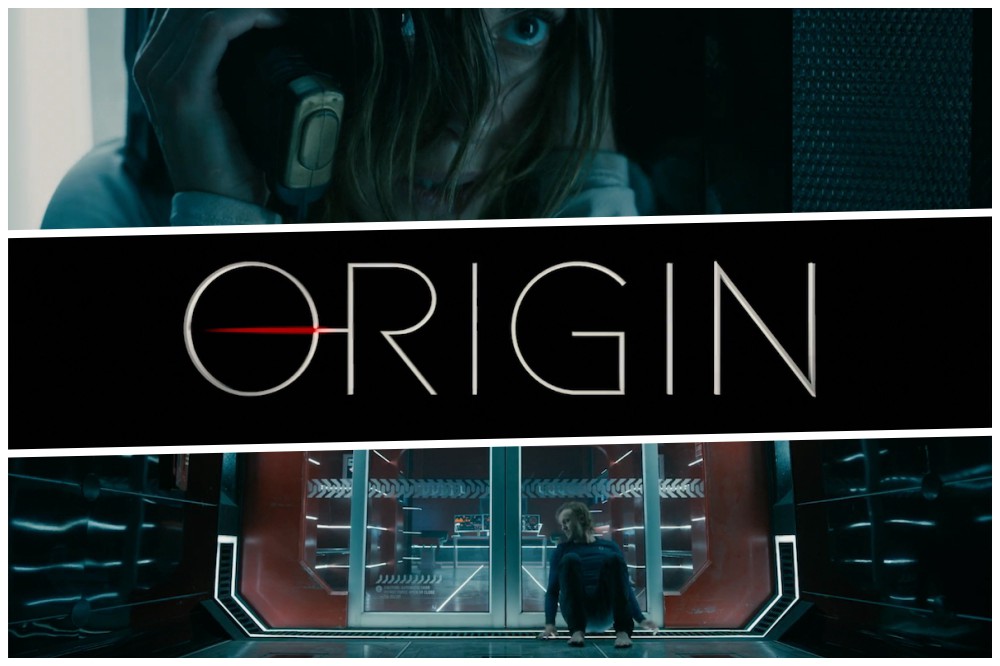 I’m not going to bother to share the premise but I am definitely going to share the story telling techniques I picked up from the series. END_OF_DOCUMENT_TOKEN_TO_BE_REPLACED

It’s Turkey Day! Check out the following #giftips to get you through the day. You’ll be happy as a clam with energy to spare for Black Friday 😎

Today’s freebies are courtesy of The Paladin, Book 2 of The Nome Chronicles.

With half the world between them, can love still bring them together?

The difference in status between Neith and Invier prevents their marriage, and when Neith’s schemes to overcome that obstacle backfire, she ends up putting her entire family at risk. It’s no longer a game when all Neith’s enemies combine against her.

Invier, all alone, and on the other side of the world is running for his life. It’s not just his own head he’s worried about for there is danger lurking for the ones he loves.

Invier and Neith each have their own battle to be won. They ultimately must combine forces to have any chance. But, will they?

And now, for the freebies!

Do you remember the song from TLC – ‘What About Your Friends?’ I’ve been thinking about that song a lot recently because I’ve had the opportunity to spend some great time with my best friends. From a couple days in Trinidad with two girlfriends to a few more days with one of my oldest friends (who surprised me for my birthday), I’ve been blessed to enjoy some incredible people in my life.

Why am I thinking about friends so much right now? Well, I’m working on LegionFated, book 4 of the LegionBorn series, and I’ve gotten to a point where my main character and his one remaining best friend, Antonio, have a heart-to-heart. While I can’t spoil the story, I’ve learned a lot from the relationship between these two fictional characters. Friendship is such an important structure in human relationships. Who your friends are says so much about who you are and what you are capable of. I’m enjoying seeing how the relationship between Vaughn (the guy on the cover of the LegionBorn series) and Antonio develops.

I hope you’ll dial into the series to learn more about these characters. You’ll probably learn something new about you in the process.

As I mentioned, my friend surprised me for my birthday. I was writing just as someone walked in and all I could do was scream in delight to see her. There’s nothing like seeing one of your oldest friends and getting to spend quality time with her. And as I’m in birthday mode, the visit was all the more sweeter. Nothing like becoming a year older with someone who’s known you forever, lol!

This birthday, I feel (and felt) a great gratitude for the opportunity to gain wisdom and become a better person. I’m happy for the steps I’m going to take to expand and improve myself as an author and my business. I’m excited that I’m going to gain more readers and book-friends as the months go by and I’m looking forward to this time next year when I’ll see the gains of planning, prayer and faith.

Whether or not you’ve got a birthday coming up, I hope you’ll be excited for what’s to come in your life and that of those you care about. Be optimistic and smile. Great things are on the way for you and me.

I never used to create new year resolutions for myself.  Somehow, it always seemed nonsensical. However as I get older, juggle my life as a mom, a wife and a small business owner (oh yes! Creating fantastical characters and incredible words for readers is a serious business. Just ask J. K. Rowling. It made her the richest woman in the UK in 2017!), I realize it’s essential to come up with a plan.

END_OF_DOCUMENT_TOKEN_TO_BE_REPLACED 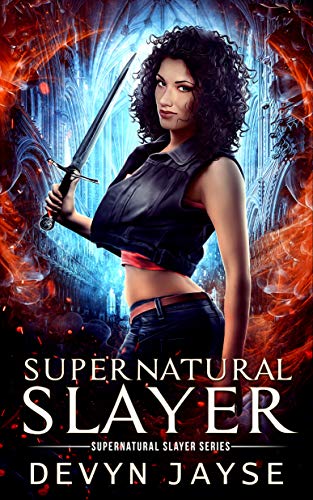 Some people call me an assassin, I prefer the term bounty hunter.

In a world where magic is hidden from the general population, I’m hired to keep our secrets safe and take care of rogues by whatever means necessary.

When I accidentally targeted the wrong person, the Supernatural Bureau of Investigation offered me a deal — go to jail or work for them. Their first official request was to locate a vampire I thought I had killed over a year ago: my ex-boyfriend. Now I’m ordered to deliver him to them without harming a hair on his gorgeous head.

That was going to be a problem. By the time I find him, he’s going to wish he had stayed dead.

Supernatural Slayer is an action-packed urban fantasy romp through Barcelona with an assorted cast of witches, vampires, and shifters. It may also feature a snarky gargoyle or two.

“No human beings were harmed in the writing of this book — only supernaturals.”

And now, for your freebies … END_OF_DOCUMENT_TOKEN_TO_BE_REPLACED